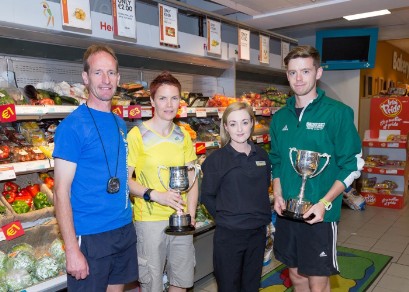 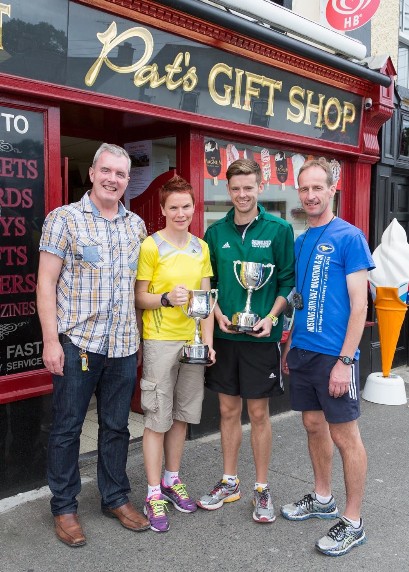 Au revoir Oisín agus Fionn
We said goodbye to two of our juvenile boys last week as they set off on an adventure in Australia for a year.  Best of luck Oisín and Fionn, have a great time, keep training and we hope to see you again soon. 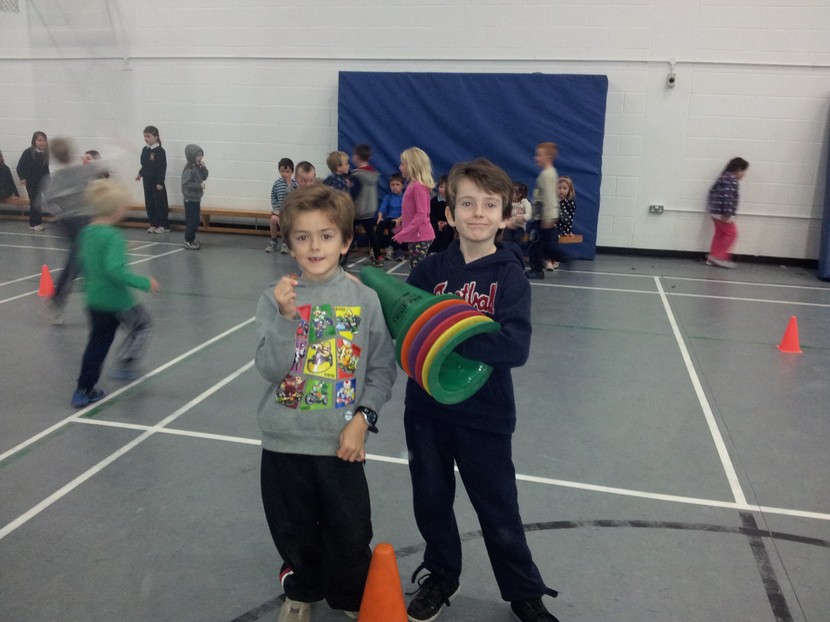 Team gold for boys under 13 at the Athletics Ireland Juvenile Development Cross Country in Dunboyne. 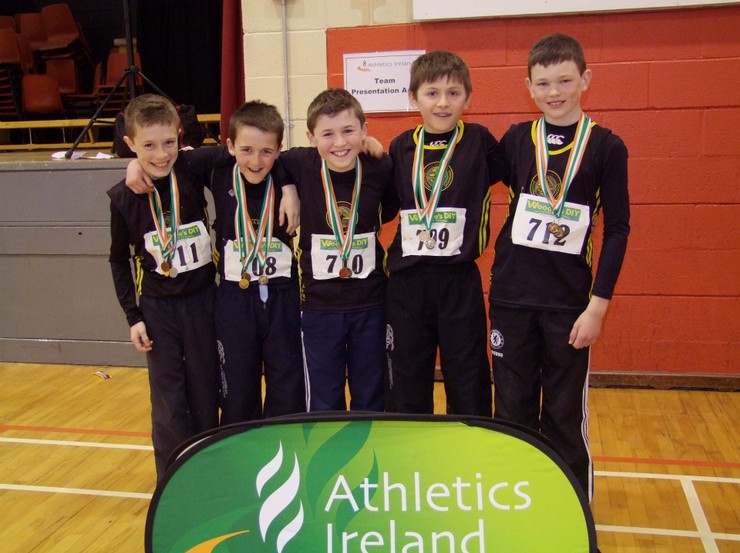 National Indoor Senior Championships 2014
Dunleer AC had a great weekend at the National Senior Indoor Championships in Athlone.  On the eve of the Rás, there was a breakthrough run by 16 year old Garry Campbell (Dunleer AC) who ran a new PB of 1.55 in the senior men's 800m.  Garry progressed to the finals on Sunday finishing 6th.  On Sunday Darragh Greene earned himself a National bronze medal in the 1500m, in 3.54 having won his heat the day before. Brilliant running by both guys and Dunleer AC is very proud of their performances.

Coca Cola Rás na hÉireann 2014
There was Polish dominance in the senior men's 6km Coca Cola Rás na hÉireann on Sunday 16th February as Krzysztof Zebrowski who flew in from Warsaw on Saturday finished in first place in 18.40, with his compatriot Marek Skorupa in second place in 19.07, well ahead of first Irish finisher Conor Duffy from Glaslough Harriers in 19.47.  In the juvenile section, Dunleer AC showed both individual talent and team work at the Coca Cola Rás na hÉireann 2014.  The juvenile programme had a golden start with the host Club Dunleer AC providing the winners of the first three races, with Erinn Leavy winning the girls under 9, Matthew Fitzpatrick winning the boys under 9 and Grace Fitzpatrick winning the girls under 11.  The boys under 13 had a Dunleer AC winner in Kian Leavy, while in the boys under 15, Dunleer AC winner, the unstoppable Jack Mc Cullough ran to a clear victory......More news here

Once again we remembered the great contribution of Larry Mc Guill to Rás na hÉireann.  Larry was the driving force behind the Rás for 40 years, bringing International athletes to the event and securing sponsorship from Coca Cola. We are delighted that Coca Cola were on board once again in 2014 supporting this sporting initiative.  Larry pictured below with Kenyan athletes Leonard Mucheru and Charles Kamathi and Siobhan Woods from Coca Cola. (Rás 2000) 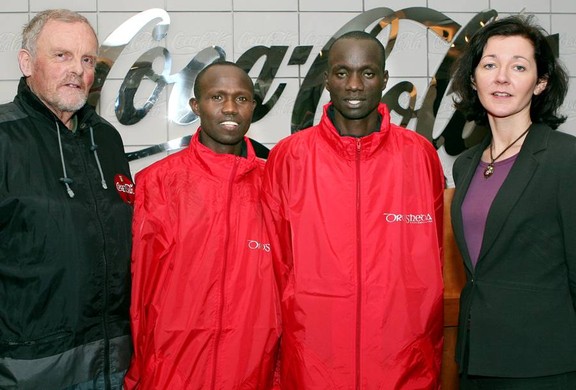 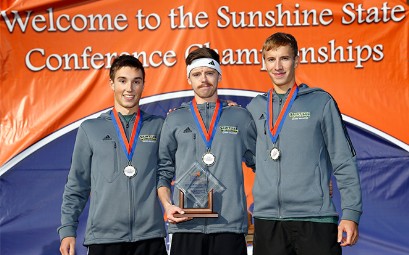